Organizational Theory and Behavior by David S. Walonick, Ph.D.Classical Organizational TheoryClassical organizational theory evolved during the first half of this century. It represents the merger of scientific management, bureaucratic theory, and administrative theory.Frederick Taylor (1917) developed scientific management theory (often called "Taylorism") at the beginning of this century. His theory had four basic principles: 1) find the one "best way" to perform each … END_OF_DOCUMENT_TOKEN_TO_BE_REPLACED 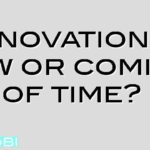 Innovation the missed management element? While looking at some references for a post on objectives and objective setting, I discovered an interesting entry by Drucker in his seminal work "The Practice Of Management".In my version (p53 1963 Mercury books ) Drucker identifies eight areas for an organisation to have strategic objectives (in this order):Market standing Innovation Productivity Physical & financial resources Profitability Manager performance & … END_OF_DOCUMENT_TOKEN_TO_BE_REPLACED